The First Defense® is an economical solution for hydrodynamic vortex separation of sediments, floating solids and light liquids present in runoff waters. By ensuring the non-release of the pollutants, which are collected and stored, the system protects the receiving environment from harmful pollutants. 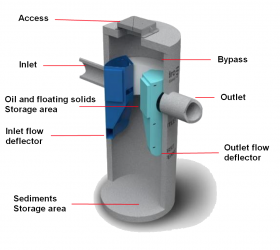 The internal components of the First Defense® have been carefully designed to create a low-intensity rotational flow in the system in order to optimise the separation of pollutants. This vortex separation allows the sediments to be stored in the lower part of the containment zone while oils, floating solids and other light elements are stored in the upper part.

The bypass makes it possible to immediately direct exceptionally heavy rains toward the output. This design avoids turbulent flows and therefore prevents the release of captured pollutants. In addition, the low energy vortex separator generates a tranquilised flow, thus preventing the re-suspension of pollutants captured during heavy rainfall.

The advanced hydrodynamic vortex separation solution, First Defense®, whose performance has been validated by laboratory tests on several effluent granulometry [1] and by independent third-party organisations is illustrated below.

The maintenance of a First Defense® is simple and fast. The required operations are comparable to the maintenance of a dump chamber. A conventional cleaning truck, with no special equipment, is used to drain the system and return it to service after cleaning. No items need to be disassembled. 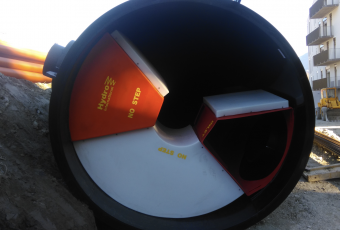 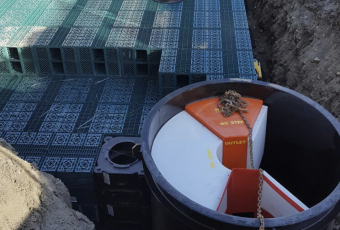 First Defense® protects the natural environment and storage structures by removing a wide range of pollutants from runoff.

The point of access to the structure is in the upper part via the cover. The maintenance of removal of hydrocarbons, light liquids, floating solids and sludge is done from the outside. No human intervention within the system is necessary.

Maintenance operations do not require disassembly.

This information can be recorded in the maintenance log (see end of document) to establish a routine maintenance schedule.

A visual inspection should be carried out once a year.

A system and network maintenance operation must be performed in the event of a spill.

The cleaning/suction procedure, of both sediment and floating solids and light liquids, typically takes less than 30 minutes. 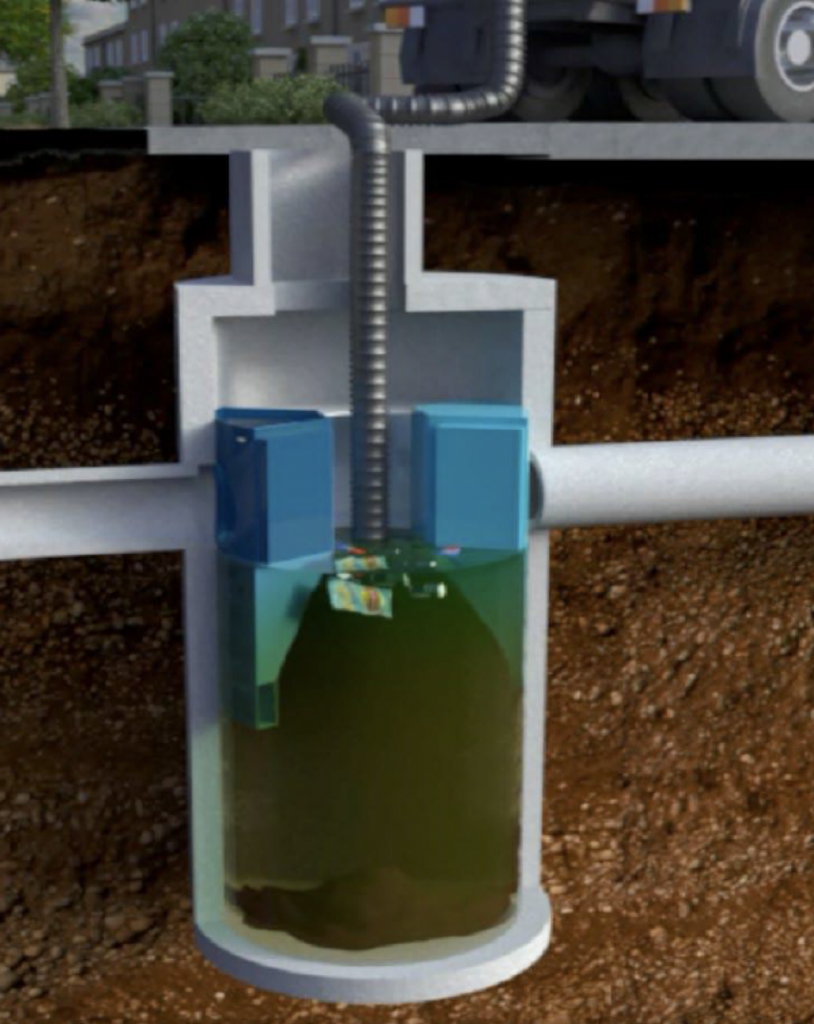 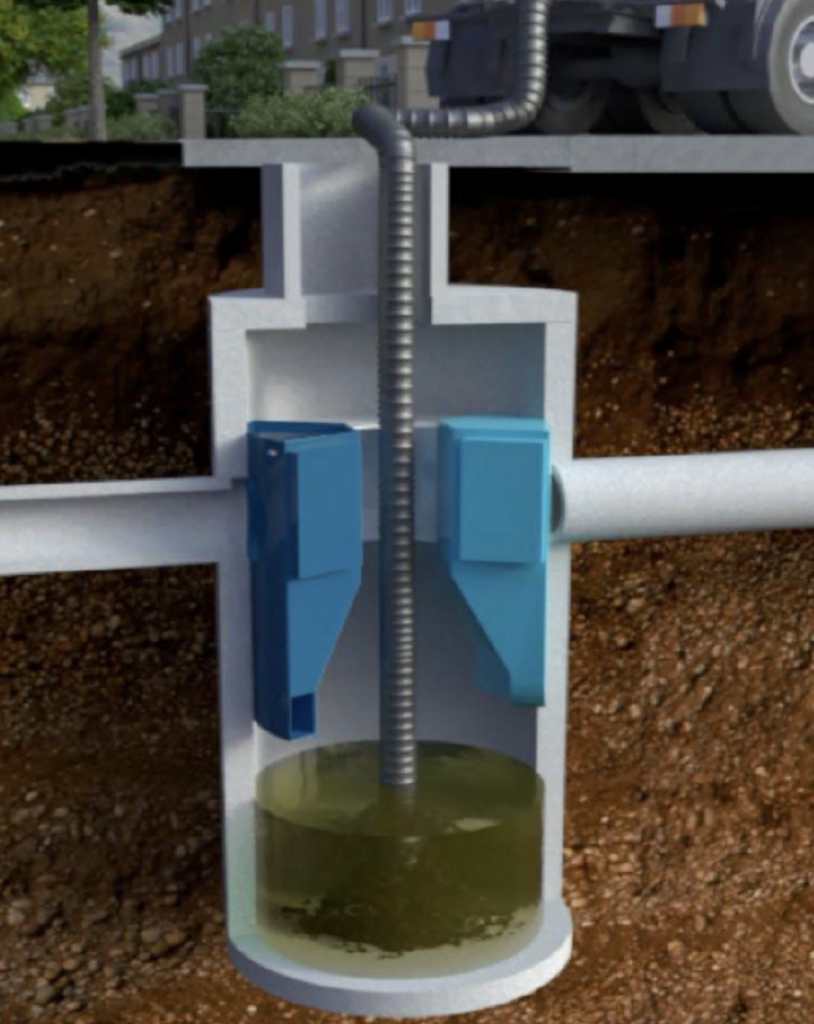